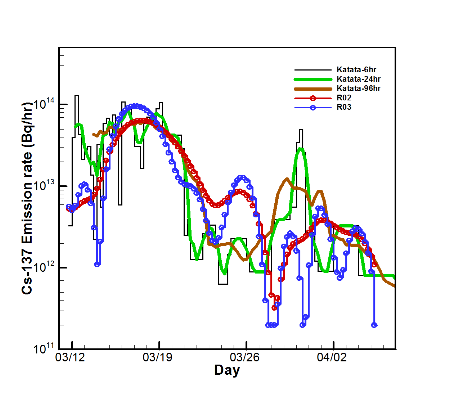 Comparison of HYSPLIT Cesium-137 emission estimates and Katata et al. (2015) results. Smoothness parameters are 1.0 and 0.1 for R02 and R03, respectively.

The Hybrid Single Particle Lagrangian Integrated Trajectory (HYSPLIT) model developed at NOAA’s Air Resources Laboratory has been widely used to study the atmospheric pollutant transport and dispersion in both forward and backward modes. Among those applications, the backward trajectory of a single pollutant particle is often used to identify the potential source locations.

A HYSPLIT inverse system has been built to quantify the source strength and temporal variations utilizing in-situ or remote sensing measurements. In this top-down approach, the unknown emission terms are obtained by searching the emissions that would provide the best model predictions closely matching the observations.

Under a 4D-Var framework, a cost function is defined to mostly measure the differences between model and observations at different time and locations, weighted by model and observation uncertainties. A background term is included to measure the deviation of the emission estimation from its first guess and it ensures that the problem is well-posed even when there are not enough observations available in certain circumstances. Other regularization terms may be included in the cost function.

The system has been successfully applied to the Fukushima nuclear power plant accident to estimate the release of the radionuclide caesium-137. Applications for volcanic ash and wildfire smoke source term estimations are also available. 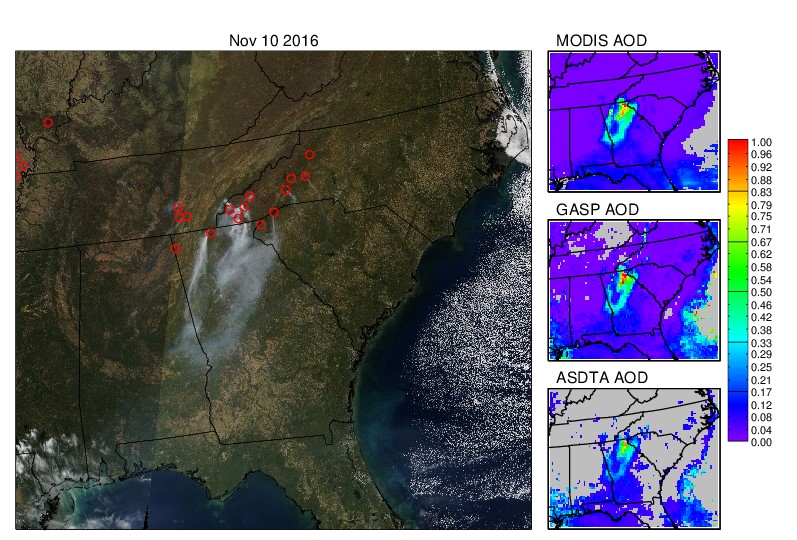