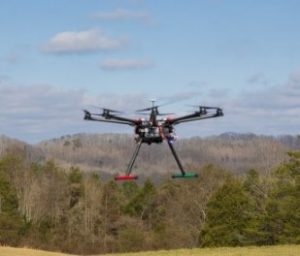 The atmospheric boundary layer is the mixed layer of the atmosphere closest to the Earth’s surface. This layer is dynamic and changes in response to interactions between the underlying land and water surfaces and the atmosphere. The boundary layer is the area most in contact with people, and its behavior is directly influenced by what exists and occurs at the surface. Likewise, the boundary layer has significant influence on a number of issues people care about, including the airborne dispersal of harmful materials; air pollution; the impact of low-level winds and tubulence on aviation and wind energy production; regional climate changes; the evolution of hurricanes; and the behavior of wildland and agricultural fires and the smoke they produce.

ARL studies the atmospheric boundary layer by collecting essential data of surface and near surface weather and climate conditions used to improve the accuracy of atmospheric models and other forecast and prediction tools. ARL’s Atmospheric Boundary Layer Research is an integral component of its other research programs: Atmospheric Transport and Dispersion, Atmospheric Chemistry and Deposition, and Climate Observations and Analyses.

A few examples of this research are: