During the week of December 6, Paul Kelley and Xinrong Ren traveled to ARL’s Atmospheric Mercury Network (AMNet) site located at the Grand Bay National Estuarine Research Reserve (NERR) in Moss Point, MS to decommission the site. They tore down and recycled the 10-m aluminum scaffolding tower at the site and transported the equipment trailer there to ATDD for storage and later use. Winston Luke helped to coordinate the logistics of the trip, including the repair of the trailer to make it roadworthy. This concluded 15 years of measurements of atmospheric mercury, trace gases, and meteorological parameters at the site that helped our further understanding of the natural and anthropogenic processes of atmospheric mercury in this coastal environment in the Southeastern U.S.

As part of his climate research work, Dr. Howard Diamond had created a database of tropical cyclone best tracks for the southwest Pacific (from 135º East to 120º West and south of the equator) back in 2011 as part of his PhD studies (see Diamond et al 2012). The database is called the Southwest Pacific Enhanced Archive of Tropical Cyclones (SPEArTC) and is publicly available (via free registration) at http://apdrc.soest.hawaii.edu/projects/speartc/register.php. Since then he has continued to update that database on an annual basis and just recently completed this year’s update on December 6th. This year’s database includes 8 new tropical cyclone strength storms (per the Australian TC Intensity scale) and 3 tropical storm strength storms, plus a few corrections from past seasons. A plot of the tracks from the recent 2020/21 season is below and information on the update was sent to the nearly 350 registered users of the database; the users are mostly in the southwest Pacific region, but there are many global users of the database. One NOAA application is that this database is used by the NWS Forecast Office in Pago Pago, American Samoa, to help in producing an annual Tropical Cyclone outlook for the Tropical Cyclone season in American Samoa that runs from November 1st to April 30th. 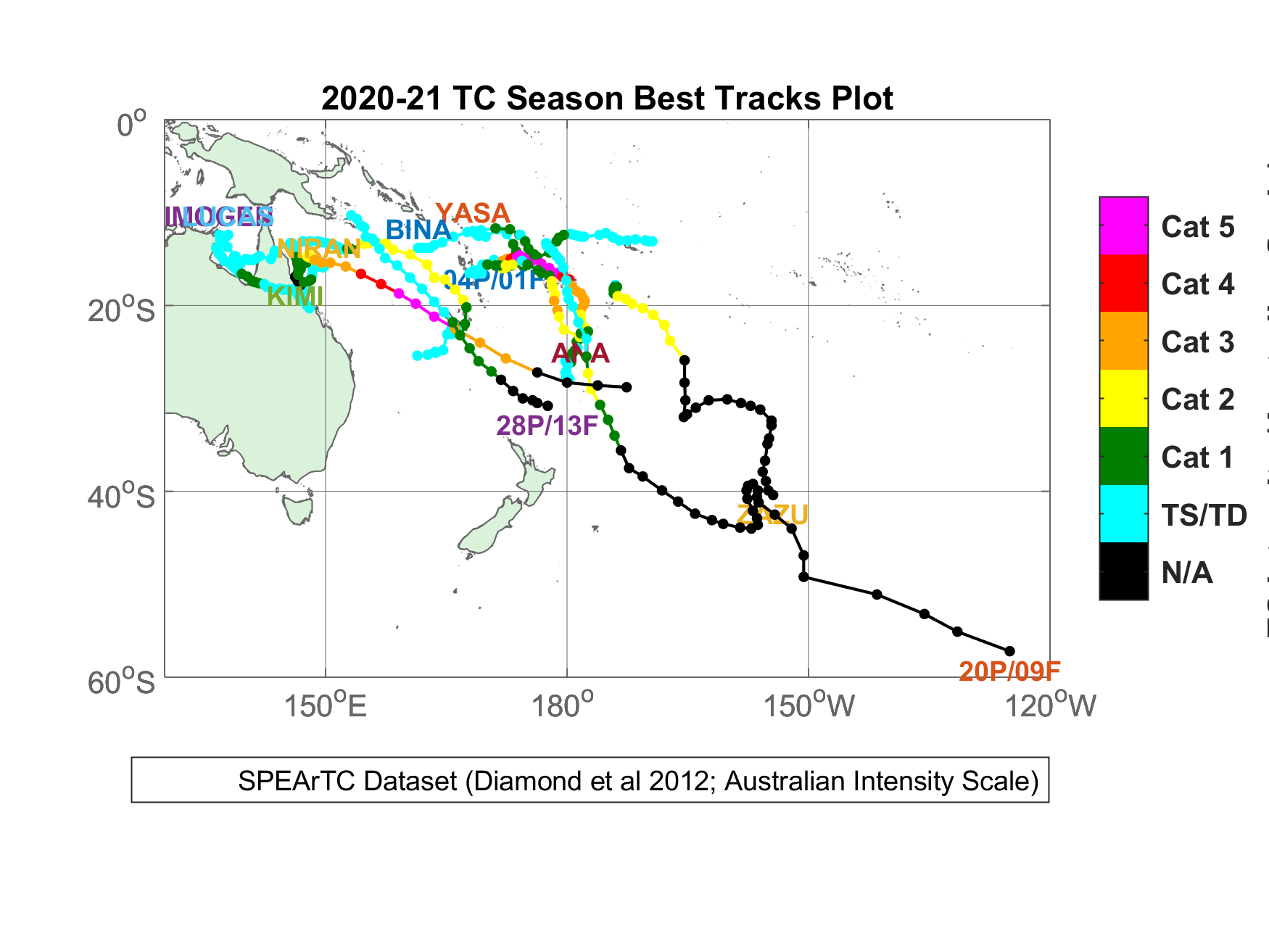