Congratulations to Sharon Conger for receiving the NOAA Distinguished Career Award: “For outstanding support to critical NOAA research and development activities through administrative services that far exceeded requirements.” The Distinguished Career Award is designed to recognize long- term achievement in advancing the goals and mission of NOAA. The intent of the Career Award is to honor contributions which represent sustained excellence–rather than a single, defined accomplishment.

Ms.Conger has worked for NOAA’s Office of Oceanic and Atmospheric Research, Air Resources Laboratory (ARL), Atmospheric Turbulence and Diffusion Division (ATDD) in Oak Ridge, TN since 1986. During this time, Ms. Conger has consistently and continuously provided outstanding support to ATDD’s management and scientific and technical staff which has significantly enhanced the ability of the Division to accomplish its scientific mission. She routinely goes beyond what is required and always conducts her work with a commitment to excellence and service. The award could not go to a more deserving person. Below are just a few of the contributions that Sharon has made to maintain a “smooth running” lab!! 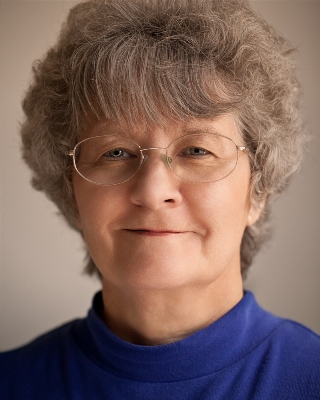 Early in her NOAA career, during the National Acid Precipitation Assessment Program (NAPAP) of the 1980s, she provided outstanding support to the ATDD Director, who chaired an important interagency committee on deposition of air pollutants. That committee was very active in generating technical reviews and research for inclusion in the NAPAP documentation. In a time of only primitive email, Ms. Conger devoted much effort to copying and shipping via courier voluminous draft documents to dozens of recipients each week for several years. She also assisted the Director and several ATDD scientists in preparing ATDD’s many technical contributions to the final NAPAP documents provided to national policy makers.

ATDD has for 50 years conducted field research that involves often complex instrumentation deployed for long periods of time. Damage due to weather events (and occasionally to vandalism) is not uncommon, and prompt repairs are critical to avoiding lengthy interruptions in the acquired data. Procurement of repair parts via the usual process of sending requisitions to overburdened procurement specialists elsewhere became increasingly less satisfactory, even as ATDD’s field studies grew in importance. Ms. Conger volunteered to pursue training and certification as a procurement specialist to allow more rapid acquisition of urgently needed equipment, and she has maintained this competency while attending to all of her other duties. The ability to obtain equipment and parts quickly and efficiently while complying with government regulations has been of particular importance to the ARL-NCDC collaboration of the last several years for designing, constructing, testing, deploying, and maintaining NOAA’s very successful nationwide Climate Reference Network (CRN). The CRN is now serving as a model for NOAA’s new initiative to modernize the U.S. Historical Climatology Network (USHCN), a network of over 500 stations with climate-related data as far back as 1900. Because of its experience with the CRN, NOAA/ATDD was chosen to engineer and install the USHCN stations for the pilot project. Ms. Conger’s efforts and capabilities to facilitate equipment procurement are contributing significantly to the success of these two national programs.

For more than 30 years, ATDD has hosted visiting students, faculty, and scientists for periods ranging from a few days to a year or more. Many of these visitors come from other countries. Since her arrival at ATDD, Ms. Conger has provided above-and-beyond assistance to these visitors, assisting them in locating affordable housing, arranging logistics such as utilities, banking, and communication services, helping with transportation needs, and even providing freshly laundered towels and linens for new arrivals. Some international visitors presented special problems, sometimes because of language difficulties, and in a few cases because of cultural differences and attitudes. Ms. Conger was able to deal with these with great diplomacy and patience. Her kind and thoughtful approach has brought much credit and many compliments to NOAA/ATDD and to NOAA for hosting visiting scholars, and making it easy for them to concentrate on their research.