This year marks the 20th Anniversary of ARL’s Real-time Environmental Applications and Display sYstem (READY), a unique, web-based tool that allows users to access and display meteorological data and to run the HYSPLIT dispersion model on ARL’s web server. READY was originally developed for the personal computer but is now easily accessed via a web browser. The system brings together dispersion models, graphical display programs and textual weather forecast programs generated over many years at ARL into a form that is easy to use by anyone.

Over One Million Served! 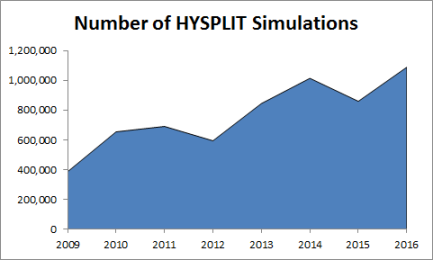