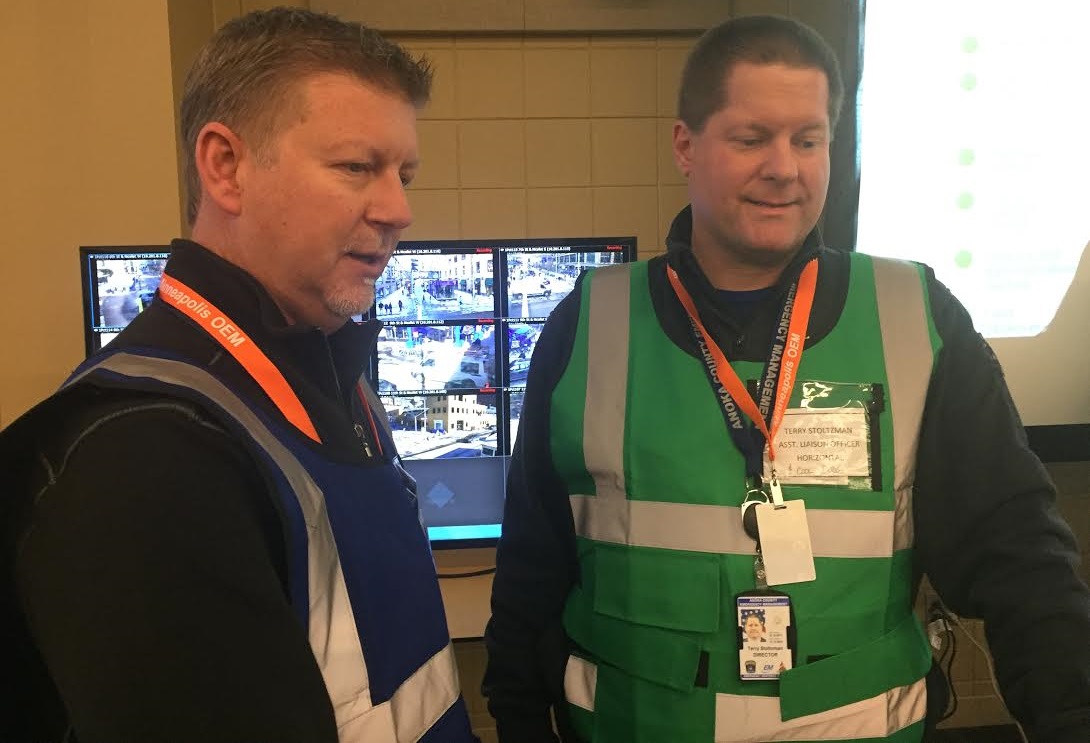 ARL’s HYSPLIT model is a quiet workhorse, running behind the scenes and providing situational awareness in preparation for emergency scenarios that we all hope will never occur. The public is considerably safer for the effort, but most will never know. Super Bowl LII, for example, was a recent beneficiary of HYSPLIT’s services.

When it comes to the Super Bowl, the game itself is the culmination of 10 days of events enjoyed by countless crowds of people. The Minneapolis-St. Paul metropolitan area was prepared for the attention; offering numerous indoor and outdoor activities within the city limits, including in and around the stadium, for its estimated one million plus visitors. All the while, the National Weather Service’s Twin Cities, Minnesota, Weather Forecast Office (WFO) worked behind the scenes to ensure the revelers’ safety.

Per a request from the WFO, a specific HYSPLIT simulation was set up to run four times each day throughout the entire Super Bowl period. In addition, numerous iterations were run at various time periods on game day starting four hours prior to the game and inclusive of one final run at the end of the game. Forecasters monitored the simulation data at the office and shared graphic files with staff members temporarily stationed in the Emergency Operations Center as a precaution. Thankfully there were no incidents of concern, but if there had been an issue, the necessary information was readily available at the officers’ fingertips to be shared with emergency management personnel.

Daniel Luna, the Meteorologist in Charge of the Twin Cities WFO, expressed his thanks for the information provided by HYSPLIT. Luna commented, “We believe it was very useful and if something were to have happened the information would have been extremely critical.”