As a supplement to the Bulletin, its foremost function is to document the status and trajectory of many components of the climate system. ARL’s Dr. Howard Diamond served as the Lead Editor for the Tropics Chapter. Among its findings, the Tropics Chapter of the report documented, for 2021: 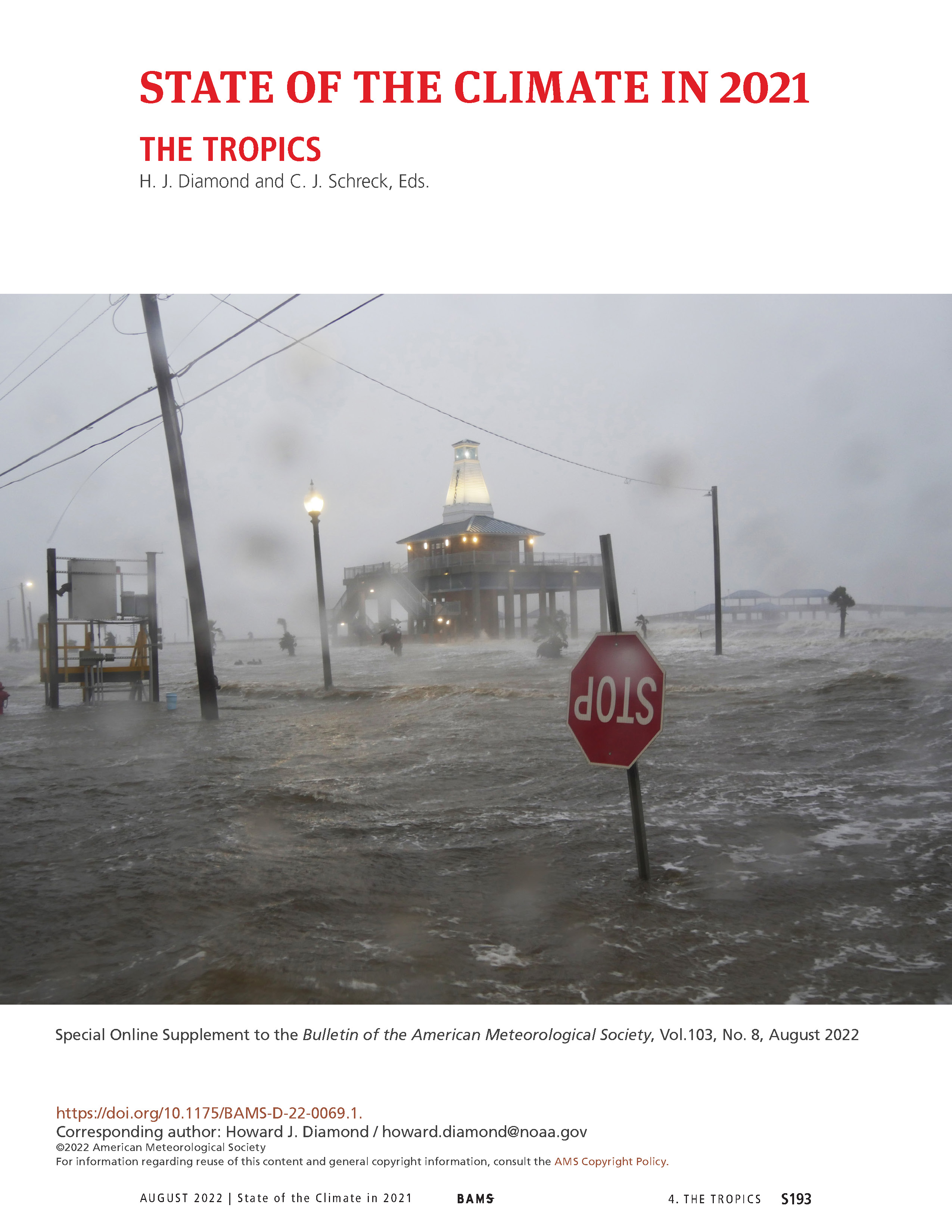 Cover of the Tropics Section of the State of the Climate. Hurricane Ida hit near the Louisiana and Mississippi border on August 29, 2021 bringing high
winds, flooding and a dangerous storm surge. © Warren Faidley, Getty

The State of the Climate report is a peer-reviewed series published annually as a special supplement to the Bulletin of the American Meteorological Society. The journal makes the full report openly available online. NCEI’s high-level overview report is also available online.