Local agencies ordered mandatory evacuations for residents within a one mile radius were ordered, followed by mask requests for those within a three mile radius. Evacuations were ordered in the immediate area due to the nature of chemicals contained at the plant, which manufactures grease and lubricant. In addition, residents were warned not to pick up debris that falls from the sky.

HYSPLIT models were run at three hour intervals as the fire surged and waned throughout Monday as new explosions erupted. NOAA WFO support will continue throughout the week, and EPA air quality monitors have been deployed to the area.

By Friday, June 19, the evacuation order was lifted but air quality monitoring by EPA continued throughout the weekend. Flare ups of particulate exceedances continued, and  EPA will continue to conduct air monitoring near the fire and oversee cleanup of the site. 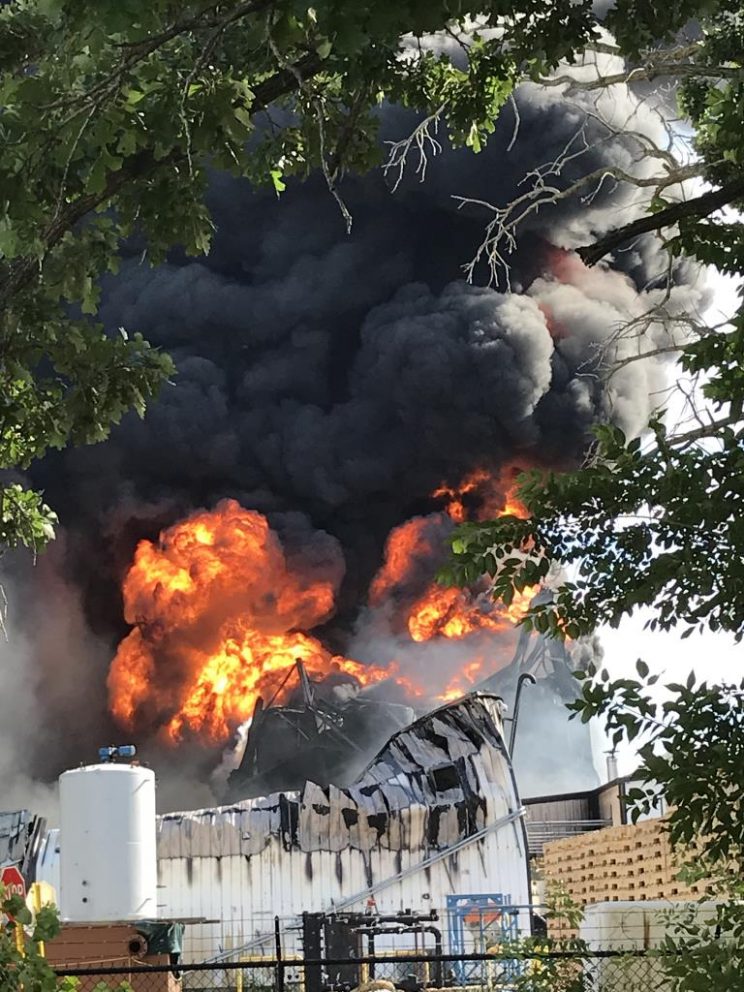 Fire Conditions at the north end of the ChemTool Plant (image courtesy US EPA). 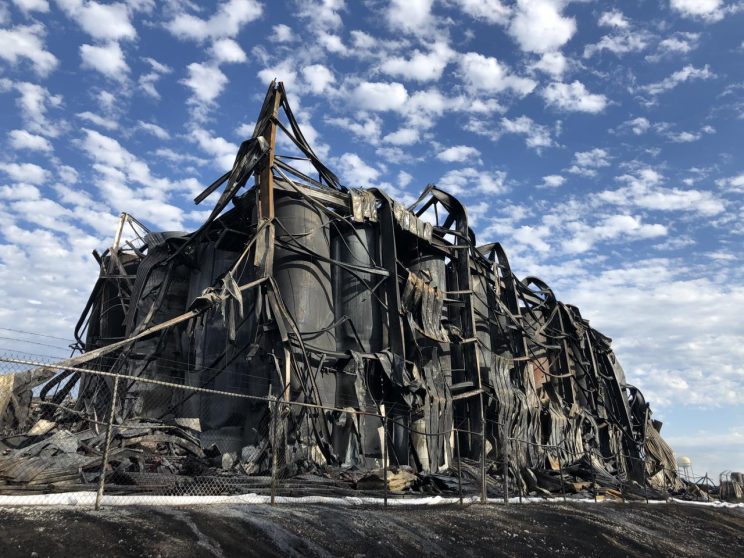 Remains of the plant following the ChemTool plant fire. (Image courtesy US EPA) 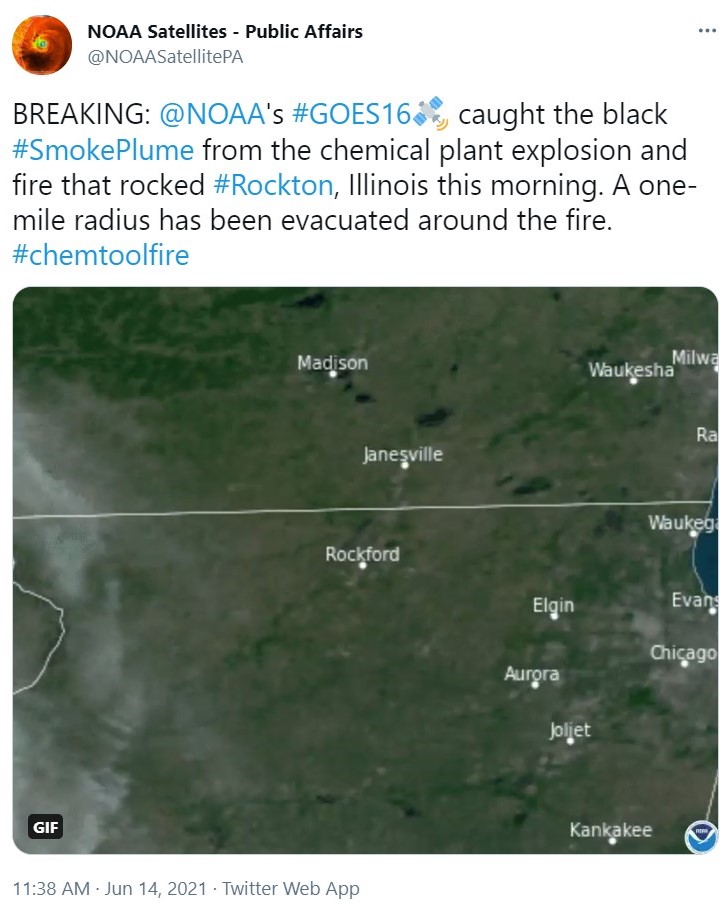