The Atmospheric Tracer Technology, employed by the Air Resources Laboratory (ARL) Field Research Division (FRD), involves a small amount of a stable, non-toxic, invisible, odorless, and easily detectable substance (known as a tracer) that is released into the air. The air in the surrounding area is then sampled and the concentration of the tracer is measured. By combining the concentrations with meteorological information, ARL scientists can develop and test theories and models of atmospheric transport and dispersion. Current capabilities include continuous analyzers, time integrated sampling, and automated tracer release mechanisms.

What It Is Used For

Why It Is Important

Understanding how the atmosphere transports and disperses materials released into the air is essential to understanding and dealing with important problems such as air pollution or the accidental (or intentional) release of hazardous material. For example, Homeland Security experts now envision terrorist threat scenarios whereby chemical, biological, and nuclear weapons are used in densely populated urban centers for maximum impact. Atmospheric tracer experiments yield a host of critical information that are then used to determine chronic and acute exposure risks to humans, if such an event should occur. 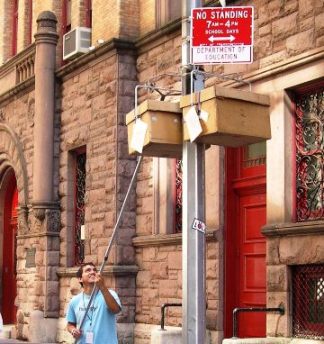